Read my journey in your language :)

There was an error retrieving images from Instagram. An attempt will be remade in a few minutes.

The best of Isla Holbox

As Isla Holbox has not found its place in a lot of travel magazines, I accept my ignorance and declare that I was unaware of its existence, until a local friend mentioned it to me. Out of the many pics which urged me to visit the island, this was the most impactful one. Arguably, the most photographed graffiti of Isla Holbox, is on the road leading to the beach. 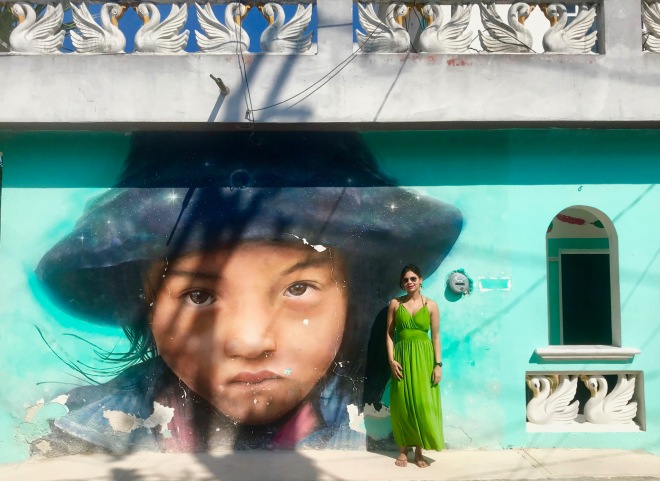 How to get there from Cancun

Chiquila, is a small village and also the gateway to Holbox.  It is approximately 3 hours drive away from Cancun and ferries to the island can be boarded from here. If you are coming by car and plan to spend a day or two at the island, you can park your vehicle at one of the many parking lots available at the ferry station itself. The average fees of parking for 24 hours is 100 MXN or around 5 USD. In order to not spend extra, I stocked up on booze from Chiquila itself and set sail! There are a number of companies offering same priced ferries to and from Isla Holbox running at regular intervals. Return tickets can be purchased at a price of approximate 280 MXN or around 15 USD. It takes around 20-25 minutes ride  enabling you to enjoy the never ending blue waters of a marvellous combination of the Gulf of Mexico and the Caribbean. 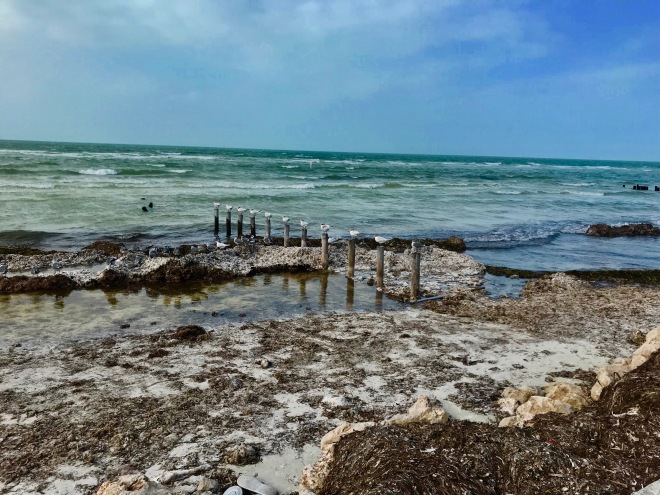 There are a number of dwelling options for all budgets in Isla Holbox. I stayed in the beautiful and frugal Camping Coconut and would highly recommend it. If you are a patron of no frills accommodation, this one is for you. They provide on site camps or you can use your own tents and spend the night under the stars.

Isla Holbox is a no car island. The only four wheelers you would come across would be of local businesses. The mode of commuting is by foot, bicycle or golf carts. If you have luggage or do not wish to walk to your accommodation, you can hire one of the “golf cart taxis” available throughout the island.

Isla Holbox has a unique vibe consisting of a perfect amalgamation of bohemian and touristy synonymously. There is an abundance of people enjoying the “highs” of life mingling seamlessly with the regular travellers. For people looking for water sports or snorkelling, a ton of options exist.

The island unarguably possesses some of the best graffiti and wall art I have witnessed. It can be undoubtedly a source of your eye catching instagram pictures. Isla Holbox has an impressive array of wall art, the colors of which, add to the already vibrant atmosphere. According to me, one of the must do things on the island is to scale the streets. If you are a lover of colours (guilty!), there are a number of radiantly painted dwellings all around the island. 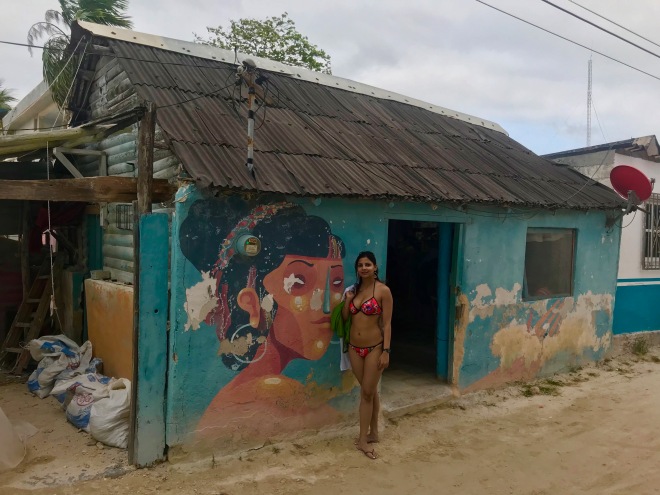 Apart from the widely publicised lobster pizza, which is a local speciality, Isla Holbox owns a wide variety of cuisines, the best (if you ask me) are the roadside tacos. There are a number of budget friendly restaurants along the road leading to the beach and fancier eateries overlooking the ocean (as usual). Don’t forget to have the refreshing sip of the soothing agua de jamaica or jamaica water. (It makes for a perfect mixer for alcoholic drinks too….shhhh!!!)

If you google Isla Holbox, one of the first few popped up images would be of the famous hammocks in the sea. The colorful vibrance of the hammocks juxtaposed with the calm blues of the sea, indeed make for a pretty picture. 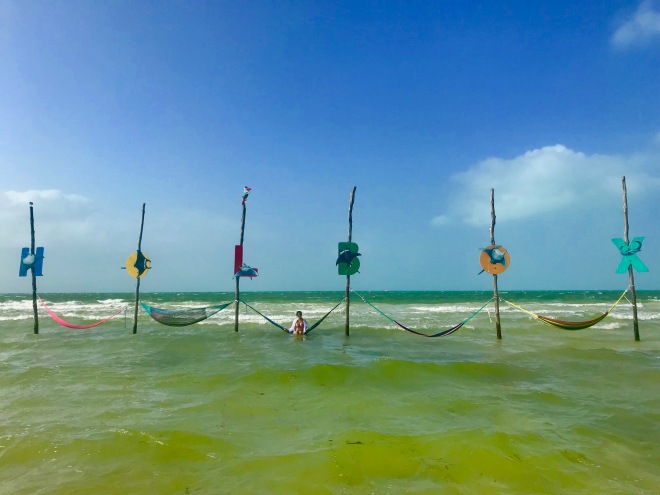 I was not so lucky with the weather as it was unusually windy (talk about climate change :()

Contrary to popular belief, there are a number of in-water sites to find the signature hammocks. While the weather gods were not in the best mood whilst I was there (second week of January), I hope the situation would be contrary for you. The best time to visit is from end of March till early October.

If you are inclined to shop, the little shops lining the main street are a vision with vivacious artefacts and dainty souvenirs.

As the hour of sunset approaches, all roads lead to the beach front and rightly so! Isla Holbox unravelled one of the best sunsets I have ever seen. The skies turn into unreal hues of initial pink and  subsequent purple till the overpowering darkness engulfs the island. A large number of admirers gather to the beach to behold this marvel every night. 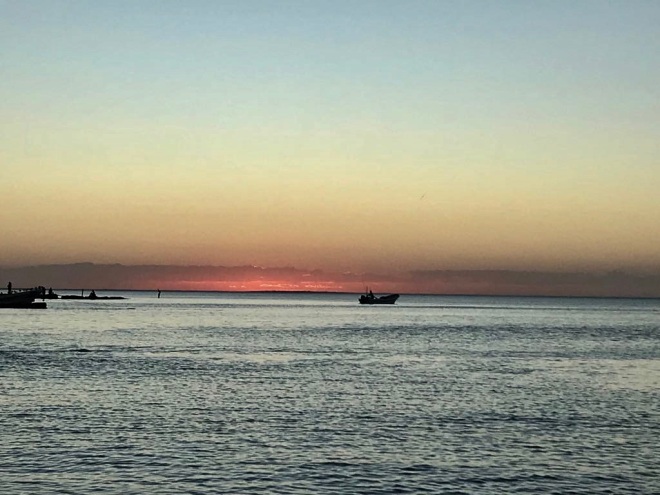 Let your nocturnal side take over as the day time vibrance transcends through the wilderness of the night. As the blackness buries the island, the party goers throng the streets of this petite island. As per my experience, most of the party places are pretty laid back, dress down venues where the party flows from inside the pubs to the streets in the wee hours. There are few pubs on the beach too which are open till 4am.

Although, I had company, I found Isla Holbox generally safe for solo female travellers. The obvious tricks of solo traveling do apply. However, as there are a ton of hostels, making new friends and finding company is very easy.

Go till it is still honest 🙂

Avid seeker of mobility in life , learner, airport lover and just bitten by the blog bug. Hailing from a small town in India I was lucky enough to be bestowed with roots as well as wings from a tender age . The modest upbringing was chaperoned by a primary school teacher and a state government clerk however no stone was left unturned in pushing me to aim for the sky and boy thats what i did (pun intended). Being a flight attendant for 8 straight years ushered me into the educational and didactic world of travel. Apart from the cliched living out of the suitcase lifestyle, I discovered the best teacher life could provide. Having been to 66 countries and counting for business and pleasure combined , to pen down my experiences and little savoir-faire as a solo female traveler. View all posts by justanotherblog2017